"Society is rocked by a sudden increase in the number of violent assaults on individuals. Christened Haters by the media, the attackers strike without warning, killing off all who cross their path.

"The assaults are brutal, remorseless, and extreme: within seconds, normally rational, self-controlled people become frenzied vicious killers. There are no apparent links as a hundred random attacks become a thousand, and then hundreds of thousands. Everyone, irrespective of gender, age, race, or any other difference, has the potential to become a victim -- or a Hater.

"People are afraid to go to work, afraid to leave their homes, and, increasingly, afraid that at any moment their friends, even their closest family, could turn on them, with ultra-violent intent. Waking up each morning, no matter how well-defended, everyone must now consider the fact that by the end of the day, they might be dead. Or, perhaps worse, become a killer themselves. As the status quo shifts, 'ATTACK FIRST, ASK QUESTIONS LATER' becomes the order of the day. . . only, the answers might be far different than what you expect. . ."

Distinctive entry in the "pseudo-zombie outbreak" horror genre. Early on, Moody establishes the unsettling tone of the book, alternating between third-person narrations of random violence between individuals, and the first-person perspective of Danny McCoyne, a constantly-stressed, thirty-something office worker, husband, and father of four children.

McCoyne's irritation is palpable and relatable. Almost immediately, Moody made this reader feel the mounting tension as McCoyne's unrelenting irritation turns to deep fear and, eventually, savagery. This all happens over the course of ten days, as media-reported, here-and-there acts of violence swell to terrifying, civilization-shattering numbers.

What sets this apart from other "pseudo-zombie outbreak" novels are Moody's distinctive twists in the story, plot- and character-wise. These twists make a sequel -- in this case, two sequels -- not only palatable, but desirable.

Moody's writing is straightforward, with little flourish, which adds to the tension of the story and characterizations. The characters' evolutions -- whether they become Haters or victims -- are seamless, believable and character-true.

Landmark read, this. Check this out!

The resulting film version of Hater is set for an unspecified release date.

Juan Antonio Bayona is set to direct, from Glen Mazzara's screenplay. Guillermo del Toro is listed as the film's producer.
at March 05, 2009 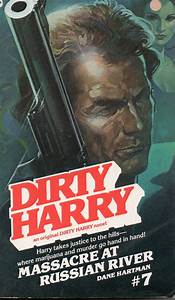